You are in Home > About us > ETP People

Albrecht Knigge – ETP President – CEO Rasenland, Germany. Albrecht Knigge grew up on an arable estate near Hanover, Germany. After graduating at Seale Hayne, University of Plymouth in England  he joined his fathers newly started turf enterprise in 1996. Since then Albrecht has developed the business and taken the position of Owner/Director and set up further turf farms under the Brand name of “Rasenland”. He was a founding member and the first President of the German Turfgrass Association. He is married to Caroline, they have three children and  in his free time he enjoys microlighting, shooting and skiing.

Stamatis Chatzidavid – ETP Board member – Born in Kos island-Greece in 1977. After his degree in Agricultural Science at the University  of  Perugia (Italy), he turned back in his homeland starting his experience with the turf world. In 2007 he began his own sod production. His farm production is focused in warm season grasses.

Jan Haalboom – Board Member – Head of Sales and Marketing at Barenbrug. International marketing and sales experience in turf grasses.

Michele Bindi – Board Member– Owner and Director of Bindi farms in Italy. 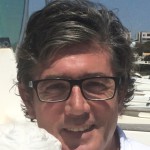 Rafael Castro – Board Member – CEO Novogreen Turf – Spain. Graduate in Economics and Business Administration, he started his professional career as auditor. In 1988 he took over the Financial Direction of Valderrama Golf Club. Today, Rafael is the CEO of Novogreen and one of the major shareholders of the Company, founded in 2005, and the leading turfgrass producer in Spain.

Maria Cremades – Board Member – Owner and Director of Tapiz Verde farms in Spain.

Grew up and started working on the family turf farm Paynes Turf in 1998 and became a partner in the family business in 2004, along with my late father and brother. Having a great passion for turf production and always interested in new ideas and taking the company forward. My other passion is flying and when I can I like to fly to new places including many different country’s across Europe.

Per Fimmerstad– Board Member – Owner and manager of Malaturf farms in Sweden. 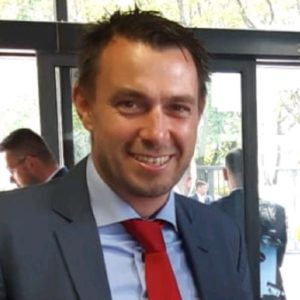